I’m really in love with this beautiful language, the most beautiful in the world…for me there’s no doubt that the angels in the sky speak Italian
Thomas Mann
"

The language loved by Goethe, the fourth most studied language in the world

The origins of the Italian language

At the time of his great empire, Rome imposed the official use of its language on all the submissive populations and also tried to spread the spoken language of the Roman people, a language that was distinguished in various jargon according to the various social classes. This “vulgar” language, i.e. the vernacular, was far inferior to the literary language used by writers and educated people.

The evolution of the Latin literary language is testified by the works of the various authors both of the antiquity and of the Middle Ages (in fact also in the Middle Ages they continued to write in Latin), but of the evolution of the spoken Latin obviously there is no document. However, it was precisely this vulgar Latin that, mixing with the various local languages in the territories subject to Rome, gave life to the various “romance” languages (i.e. derived to some extent from the Roman vernacular and so defined by the medieval expression “romanice loqui”, first used only in spoken use, then also assumed for written works (after the year 1000).

In Italy, the first documents written in the vernacular date back to the 7th and 8th centuries (names of places), to the 9th (a riddle), to the 10th (the testimony of some peasants in a civil case between the monastery of Montecassino and a certain Rodelgrimo d’Aquino). But only in the 13th century was the vernacular used for poetic works (in Umbria, Lombardy and Veneto for literary works of religious inspiration; in Sicily and Tuscany for works of loving and civil inspiration). It is mainly thanks to the Sicilian poets of the court of Frederick II of Swabia to have tried to develop a vernacular that had literary dignity and that was used by writers from different regions. This “vulgar”, perfected by the Tuscans (and particularly by Dante, Petrarch and Boccaccio), later became the Italian literary language. 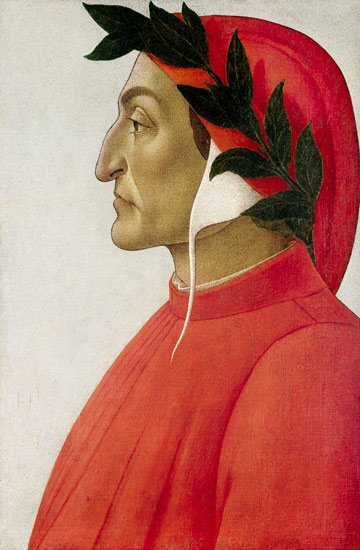 Dante Alighieri
If there is a language suitable for music in Europe, it is certainly the Italian language
Jean Jacques Rousseau
"

Elegant, musical, harmonious, seductive.
The quintessence of pleasure and beauty.
Foreigners love Italian because it's charming, sexy, funny:
what are you waiting for?